Some of the most exhilarating plays during an NFL game are when the quarterback decides to make something happen with his feet. Usually, this decision captures fans and opponents alike by shock. Who are the most efficient charging quarterbacks? I analyzed the 2013 season to find out

First, I came up with the rankings by evaluating all of the 64 quarterbacks who started a game last season. Of those 64, I analyzed how many times they decided to run with the ball. Of the 1,707 snaps, I determined that the average number of times a quarterback kept the ball was 27. I then took the 10 players with the highest rushing attempts and arranged them by their first down percentage from running the ball, and contrasted how often they scored a rushing touchdown. Here are the findings.

10) Geno Smith
Eugene Cyril Smith the Third starts the top-10 rushing quarterbacks. During his rookie campaign, Smith ran the ball 72 times for 23 first downs (31.9 percent) and six touchdowns (8.3 percent). While his quarterback career is up in the air at the moment in New York, Smith should be given a fair shake due to his knack to run the football. If developed right, Smith can become the “next Cam Newton.”

9) Matthew Stafford
Another surprise pick, Stafford ran the ball 37 times for 69 yards, 12 first downs (32.4 percent), and two touchdowns (5.4 percent). Stafford isn’t fearful to run the ball, but it should be noted that his teammates and coaches prefer that if he do, he hold on to the ball. He fumbled 12 times in 2013, adding to his fumbling total of (yikes) 29 in his career.

7) Michael Vick
In spite of only playing in seven games, Vick was the most efficient scrambling quarterback. Vick ran the ball 36 times for 306 yards, and two touchdowns. What sticks out about Vick is his first down rate. Out of 36 attempts, Vick gained 17 first downs (47.2 percent). He’ll press the aforementioned Smith for the starting job in New York.

6) Joe Flacco
Joe Flacco, one of the many astonishments on this list. Flacco has always been nimble, running the 40-yard dash in 4.84 seconds at the NFL Combine. He’s been known to lower his shoulders and scuttle the ball from time to time as well. Flacco ran the ball 27 times in 2013 for 11 first downs and a touchdown. His first down rate finished second with 40.7 percent. 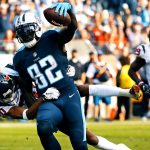 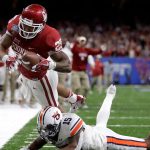 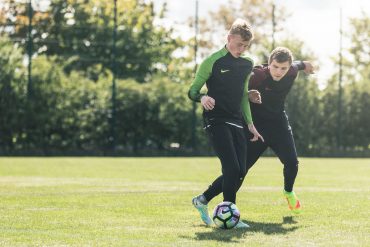