Cardinals were among the top teams when it came to their offense and defense, and with that all you need is a competent special teams group to make sure games aren’t being lost in the third phase of the game. Drew Butler, son of Kevin “Butthead” Butler who kicked for the 1985 Chicago Bears, resigned with the team before hitting the restricted free-agent market.
Though his numbers weren’t “stellar” in 2015, punters aren’t really a statistic driven position, as was noted by head coach Bruce Arians.

“Early in the year, the statistics sometimes when you’re pooch punting and kicking it away from certain people, your statistics won’t be as good,” Arians said in late November. “But I’ve got all the confidence in the world. He’s got a great, talented leg and he’s really developing a hell of a knuckleball.”

Power Rankings: Ranking each team by cap space for 2016

Awards Season: 2015 MVPs and standouts in the NFC North

NFL Combine: Five things to keep your eye on

He did take some heat from fans after a poor showing in the 2014 Wild Card game last season, but this season’s playoff performance he played remarkably better than he had all year, increasing his average punt by nearly five yards.
The head coach wasn’t the only one to offer a nod of confidence to the punter.

“Is Drew a good punter? Yeah, he’s a good punter,” special teams coordinator Amos Jones said prior to the NFC Championship. “I’m glad he’s finally getting a little recognition off of what I think has been a good third year in the league. It’s not his fault that people don’t make tackles.”

The details of the contract have not been made public yet, but odds are that it will be run-of-the-mill. Both player and team were probably happy to get it out of the way, to have one less worry heading into the draft and free-agency, but it is still possible another punter is brought in for a little training camp competition. 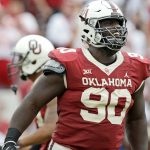 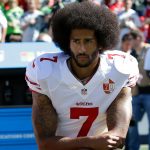