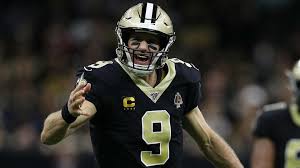 We will be reviewing the Saints roster as it currently stands leading to free agency and the draft. Last week we looked at the Tight End position. This week it’s the Offensive Line.
Going into the season, many Saints fans thought that the offensive line was going to be a disaster in 2016. And if you had told them that left tackle Terron Armstead would miss multiple games throughout the season, those fans would of guaranteed a disaster. It wasn’t. In fact the offensive line over preformed in every area turning out the 12th best offensive line in all of 2016 according to Pro Football Focus. Let’s take an in depth look.
AROUND COVER32

Commercials: The best and worst of Super Bowl LI

Important Dates:: Every date you need to know for the NFL offseason

Terron Armstead-LT
It started in training camp. A lingering injury keeping him out most of camp. Armstead played sparingly in two preseason games and without the proper time off to get healthy, gutted through seven games and only 397 snaps for the Saints in 2016. From the outside looking in, the Saints offensive line rose up to the challenge without Armstead as a unit. That’s is a credit to the Saints. One of the main areas where Armstead was missed was in the screen passing game. Quite simply, a bread and butter type play that the Saints have had incredible success with in the past, was now non existent in Armstead’s absence. A healthy offseason should leave the Saints with a quality left tackle for 2017.
Zach Streif-RT
One of the core Saints from the initial fabulous Payton/Loomis 2006 draft. The last couple of years saw Strief’s play decline. He struggled against elite pass rushers. While fans where ready to find his replacement, Strief responded with his best season as a Saint. Pro Football focus lists him as the Saints best offensive lineman in 2016. He’ll be 34 when the 2017 season kicks off so a younger right tackle will still be on the needs list come draft time. Unless you move Peat to right tackle, which was a disaster on the right side last pre season.
Andrus Peat-LG/T
What a difference a year makes. The former 2015 first round pick looked like the sure fire bust of the 2015 draft. Nothing in the pre season stood out to change our minds on Peat either. Peat played left tackle in college but looked to be weak on the right side. Credit the Saints for keeping him on the left side although in the guard position in 2016. Although he did fill in admirably at left tackle when Armstead was out. I don’t see him becoming the eventual Strief replacement on the right side. Luckily the Saints have no other answers for left guard. Peat has essentially gone from 2015 bust to 2016 best Saints player in the draft.
Jahari Evans-RG-Free Agent
The Who Dat Nation had thought they’d seen the last of Evans after the 2015 season. His contract had ended, age was catching up to him. All the signs were there for the former pro-bowler to end his illustrious career. Someone forgot to tell Evans. He signed with the Seahawks and was cut after the preseason. Seattle’s cut had become the Saints need. Like Strief the Saints can’t rest on the history of Evans. A new right side of the line needs to be addressed in the draft. To think that you’ll get the same impressive results in 2017 out of two 34 year olds on the right side of your line would be a mistake by the Saints.
Max Unger-C

You can make a case that the Saints made out better then Seattle in the Jimmy Graham for Max Unger deal. Getting Unger has helped the Saints more then Graham has helped Seattle. Unger has been the center of it all on the line. He only gave up 12 Quarterback pressures in 2016. Building around Unger and with a healthy Armstead the Saints line should be better in 2017.
The Reserves

Tony Hills-LT–Free Agent
Second season with the Saints. Nothing spectacular stands out except is a good locker room presence. Hills 2016 will best be remembered in Week 4 at San Diego, where at halftime, Hills gave a passionate speech to motivate the team which was at risk of dropping to 0-4. Many players talked about Hills helping them turn around that game and the 2016 season.
Senio Kelemete-G
Seems to have overtaken Tim Lelito as the fringe starting guard/backup guard role. Received a solid amount of playing time at left guard with Armstead out and Peat moving to left tackle. He started nine games in 2016 and played in 15. Finding a guard is still a must with this team, however Kelemete has shown that he can fill in when needed and get the job done.
Tim Lelito-G–Free Agent
With Kelemete still under contract Lelito on paper to be the odd man out. He did start in seven games last season and played in all 16. The question becomes with Peat as it looks entrenched in the left guard spot, and Evans unsigned. Who on the roster is best for the right guard position. It could still be Lelito, but with Kelemete still around, watching the draft for a guard selection could be the writing on the wall for Lelito.
Landon Turner-G
During the 2016 draft, Saints fans were screaming for the Saints to select Landon Turner. They didn’t. Sensing what fans didn’t know, and what apparently the other 31 teams did know was that, Turner would go undrafted. It was there the Saints signed the undrafted Turner to a contract. Turner didn’t make much of an impact, only appearing in seven games. Should get more opportunities in 2017, especially if Lelito leaves.
John Fullington-LT
Fullington made the practice squad out of camp, and stayed there for the entire 2016 season. It remains to be seen what type of impact he’ll have on the Saints moving forward as 2017 will be his 4th year in the league.
Jack Allen-C
Like Turner, Allen was another undrafted player that got fans excited last April. He made the practice squad out of training camp and was brought up late season, however never played in a game. Another fringe player who adds depth to an offensive line looking to get better.
Next week: Defensive lineman